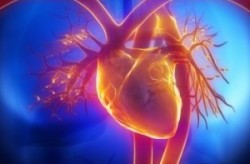 A group of Houma doctors released a cardiology software program this month that promises to alter how heart patients are treated.

Six years ago there was no database for heart specialists to record and compare heart data, the kind of information that in the most serious cases can help determine whether a critical prescription or procedure could save someone’s life.

“In the world of medicine, things are quite backwards,” said Dr. Vinod Nair, an interventional cardiologist at the Houma-based Cardiovascular Institute of the South. “I can go to India and swipe my Chase card and have access to all of my financial information. But if I go to Baton Rouge and get sick, I may not be able to access my full medical history.”

Organizing and connecting medical records across the nation has been a long-running and tedious task. Access has improved, but the databases where medical records are held still exist in a variety of forms and formats. Some clinics and even large hospitals still rely on hand-filed paper medical records.

It was a problem brought to national attention in the days following Hurricane Katrina when medical records were sometimes lost forever in the waters that flooded New Orleans. Since then, local companies have taken steps forward, sometimes leading the nation in developing new, fully integrated health records systems.

Progress has not been seamless.

“For those who have paper records it’s a matter of investing in electronic records systems,” said Cindy Munn, chief executive at the Louisiana Health Quality Forum. “It can be daunting and that’s not even factoring in the cost that’s associated. Then once the decision and investment is made, implementing that can be daunting. No matter how good the transition is you’re going to have lost productivity during that period and it takes time.”

When Nair and a staff at Objective Medical Systems, 7910 W. Main St., Houma, set out to design the new electronic health record system, the need for improvement was clear.

“Physicians have an incentive to move to electronic records,” said Colby LeMaire, chief executive at Objective. “But most (systems) were built for general practitioners.”

Without a specialized database, cardiologists found themselves spending a lot of time scanning paperwork and digging through graphs and health records to try to evaluate a patient’s condition. If a patient had been treated at a different hospital or medical center, important pieces of their history — prescriptions they had taken, even the outcomes of surgeries — may have been inaccessible altogether.

Utilizing Nair’s experience in computer programming, along with input from cardiologists at the institute, Objective Medical Systems created a custom database program. The new program does not require doctors or nurses to manually scan or input the results of patients tests. It uploads it directly from the medical devices that are doing the testing.

“There are not many softwares that capture data right off of the equipment,” said Anand Aaravind, Objective vice president of operations. “The architecture is so built as to handle any modality, or input.”

The system also compares the results of multiple tests taken over a patient’s entire medical history, summarizing and delivering it instantly to a doctor, patient or specialist.

“There is no other system, to our knowledge, that will provide such an integrated model,” Nair said.

The system can automatically overlay charts containing data from different types of heart tests and even recommend research papers that appear relevant to a patient’s condition.

“Simply stated, if a patient has A, B, C, D condition, the software can instruct a physician on what the next best step is,” said Gary Chaisson, principal at Objective Medical. “This is a patented feature that we believe is significant.”

In the future patients will even be able to perform tests using smartphones and other at-home devices and then transmit data directly to the database to be reviewed by their doctor.

Last month the electronic health record system earned Meaningful Use Stage 2 certification from the Office of the National Coordinator for Health Information Technology. This allows the software to be marketed across the country.

In Louisiana the system will output data that will be incorporated into the Louisiana Health Information Exchange, a universal database that is managed under the Health Quality Forum.

As part of the certification the new software will export data in a universal format, submit it to a statewide database that is then shared between hospitals and across the country. Gone will be the days when heart patients have to carry their records with them on vacation and be at risk of being stuck without adequate care.

Terrebonne General Medical Center and the Cardiovascular Institute of the South will be the first medical facilities nationwide to adopt the new records program. LeMaire and Chaisson said the company has already received phone calls from hospitals and cardiovascular centers across the country.

“I was really pleased to see what they’ve done. This is ground breaking, as a specialty system receiving certification,” Munn said. “I think that is positions them well to expand in the state and outside of the state. I think that they have the potential to compete on an international level.”

A CVIS that Works for Cardiologists, Not Vice Versa